arose soon after the dinosaurs went extinct, but the farmers struggled with poorly domesticated crops that prioritized their own reproduction rather than being eaten. A new study by University of Copenhagen biologists explains why this conflict was unavoidable and took the ants 30 million years to resolve. 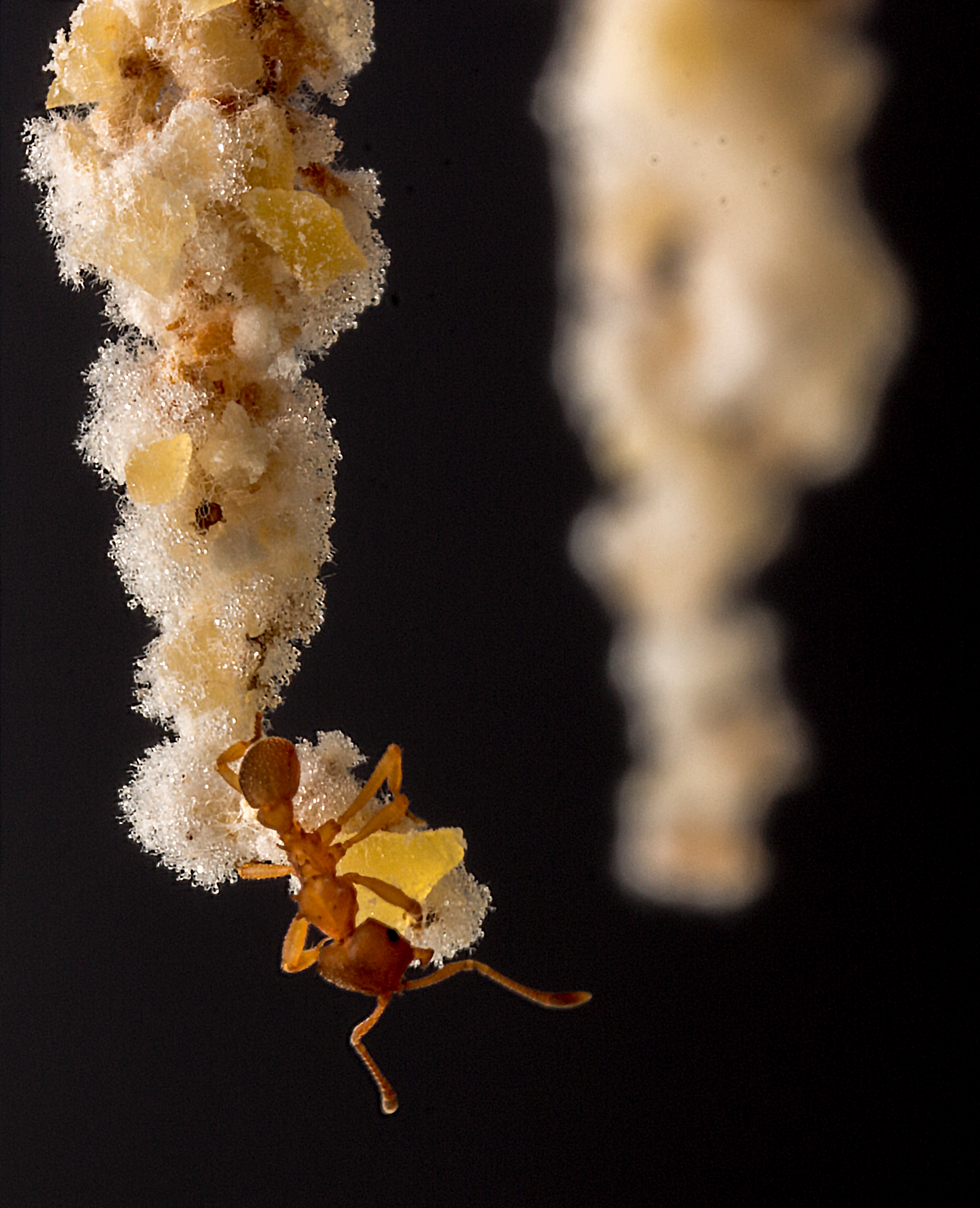 Successful gardeners are keen to harvest their lettuce, carrots and cabbages before the plants start to flower, because the inflorescences are inedible and reduce the amount and quality of what is left for human consumption. At first glance it seems strange that centuries of artificial selection did not resolve this dilemma, but the puzzle disappears when we realize that these annual or biennial plants can only be propagated by seeds. This is very different for trees that we domesticated for their fleshy fruits. These we can asexually propagate by grafting, which implied that we could gradually remove the sexual tendencies of these crops, so we now have seedless grapes, bananas and oranges.

As it turns out, farming ants faced a fully analogous problem because the first fungi that they started farming 55-60 million years ago routinely exchanged genes with their nondomesticated relatives, so that natural selection for mushroom production and reproductive spore dispersal remained intact. The crop fungi therefore benefit from regularly producing mushrooms, while the ants gain from suppressing these tendencies because they can eat the fungal hyphae, but not the mushrooms. The new study, published in the prestigious journal PNAS, shows that the fungus-farming ants found a clever way to manage these conflicting interests by carefully regulating the proportions of protein and carbohydrates when they manure their gardens. But, to be 100% effective, the productivity of their small farms has to remain relatively low.

“The similarity between ant farming and human agriculture is uncanny”, says Jonathan Shik, a Marie Curie postdoctoral fellow at the Centre for Social Evolution and lead author of the study: “It is as if these ants have academic degrees in small-scale farming practices to ensure they make the best of a very difficult job.” Previous research has shown that later evolving branches of the fungus-farming ants did manage to domesticate a fungal lineage that could be propagated in an exclusively asexual manner. There, the mushroom problem appears to have disappeared and the most advanced of these ants have colonies of millions of workers with industrial scale farming and conveyor belt processing of the freshly cut leaves they turn into manuring pulp.

Professor Jacobus Boomsma, the senior coordinating author of the study adds “It is gratifying that our cultural farming practices allowed us to progress in a few thousand years from subsistence farming of poorly controlled crops to large-scale farming of crops that ideally suit our nutritional needs. However, it is also sobering because these ants could realize the same progress provided there were millions of extra years to let blind natural selection sort out the same type of progress in farming techniques and crop sophistication”. The results detailed in the paper, show that the ancient ant farmers need to regulate their manuring very precisely to survive and thrive.