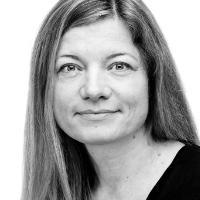 My research group focuses on genetic mechanisms for cell-cell variation in eukaryotic cells and their impact on diseases and chromosome evolution. Two aspects of my research have gathered significant international interest over the past years. The first is the discovery that circular DNA is not just a curiosum but an abundant carrier of genetic information and that DNA circles are produced from all parts of the genome in several eukaryotic species and across several cell types (yeast, bird, human healthy somatic tissue and human germline cells).

We have proven the validity of this information aspect by showing that DNA circles contain genes or gene fragments that will at least occasionally be expressed. These results suggest that circular DNA of considerable length may in fact be produced in all eukaryote species and across most cell types. This discovery solved a longstanding question in genetics concerning the fate of deleted DNA – now we know where at least part of the sequence material that is occasionally deleted in both somatic and germline cells goes.

This discovery was possible because of a technological breakthrough after we combined hypersensitive purification of circular DNA with the most advanced DNA sequencing and novel bioinformatics tools. My group has also developed targeted DNA circularization tools in yeast and for different human genotypes which created the technological basis for a much-needed research model for testing the significance of circular DNA in disease (specifically cancer) and chromosome evolution. My research group continues to be among the world leading teams in the emerging field of circular DNA, capitalizing on the key discoveries made in my group.

My research currently focuses on:

Besides our unique purification and bioinformatics methods, we apply both NG short read sequencing and long read sequencing and microscopy for visualization of circular DNA, and a large panel of strain collections and methods in yeast and human genetics.

Although my research focuses on circular DNA biology this work derived from research in yeast as a model for biofilm formation, genetic and epigenetic variation in yeast and transitions between uni- and multicellular phenotypes. In recent years, also this research has produced significant innovation of our understanding of yeast as a model for studying social evolution in unicellular eukaryotes. I have demonstrated the selective advantage of differentiation of cells in yeast biofilm colonies and described how differential expression of the cell surface adhesion gene, FLO11, is essential for this trait. I have recently described the role of FLO11 and other cell surface adhesion genes in social interactions between yeast cells via two reviews to help disseminate Saccharomyces cerevisiae as a promising model for social evolution studies to a broader audience.