Assistant Professor Jakob Grunnet Knudsen has received an € 1.5 million ERC starting Grant from the European Union for his project "Paracrine signalling in alpha cells and the integration of mechanisms that control glucagon secretion". The prestigious ERC Starting Grants are awarded to exceptionally talented young researchers with inventive and groundbreaking research ideas.

Jakob Grunnet Knudsen's group is interested in understanding the connection between molecular mechanisms that regulate cellular function and whole-body physiology.
Jakob states, "Glucagon is a hormone that is secreted when blood glucose becomes low and it regulates liver metabolism to facilitate glucose production. But in patients with obesity and diabetes, glucagon secretion is altered. This leads to higher circulating glucagon levels and to an inability to respond correctly to low blood glucose. We suspect that this contributes to the development of type 2 diabetes and to an increased risk of severe hypoglycaemia in type 1 diabetic patients.  We have known about glucagon for a long time, for 100 years to be exact, but our understanding of the mechanisms that control release of the hormone is limited. This is partly because the alpha cells, which secrete glucagon, is difficult to study. The alpha cells are part of micro-organs called islets of Langerhans that are embedded in the exocrine pancreas. These micro-organs consist of around 1-2000 cells divided into several cell types, of which the beta cell, that produce insulin, is the most famous. In human islet, beta cells make up about 50%, while 80% in mice. In comparison, alpha cells make up around 40% of the human islet and only 10-20% in mice. This makes them very difficult to find and study. We work with primary tissue from genetically modified mouse models and with human donor tissue. Here, we use a combination of live cell microscopy, molecular biology, and biochemical assays to study how changes in cellular signalling and metabolism, alter alpha cell function and glucagon secretion". 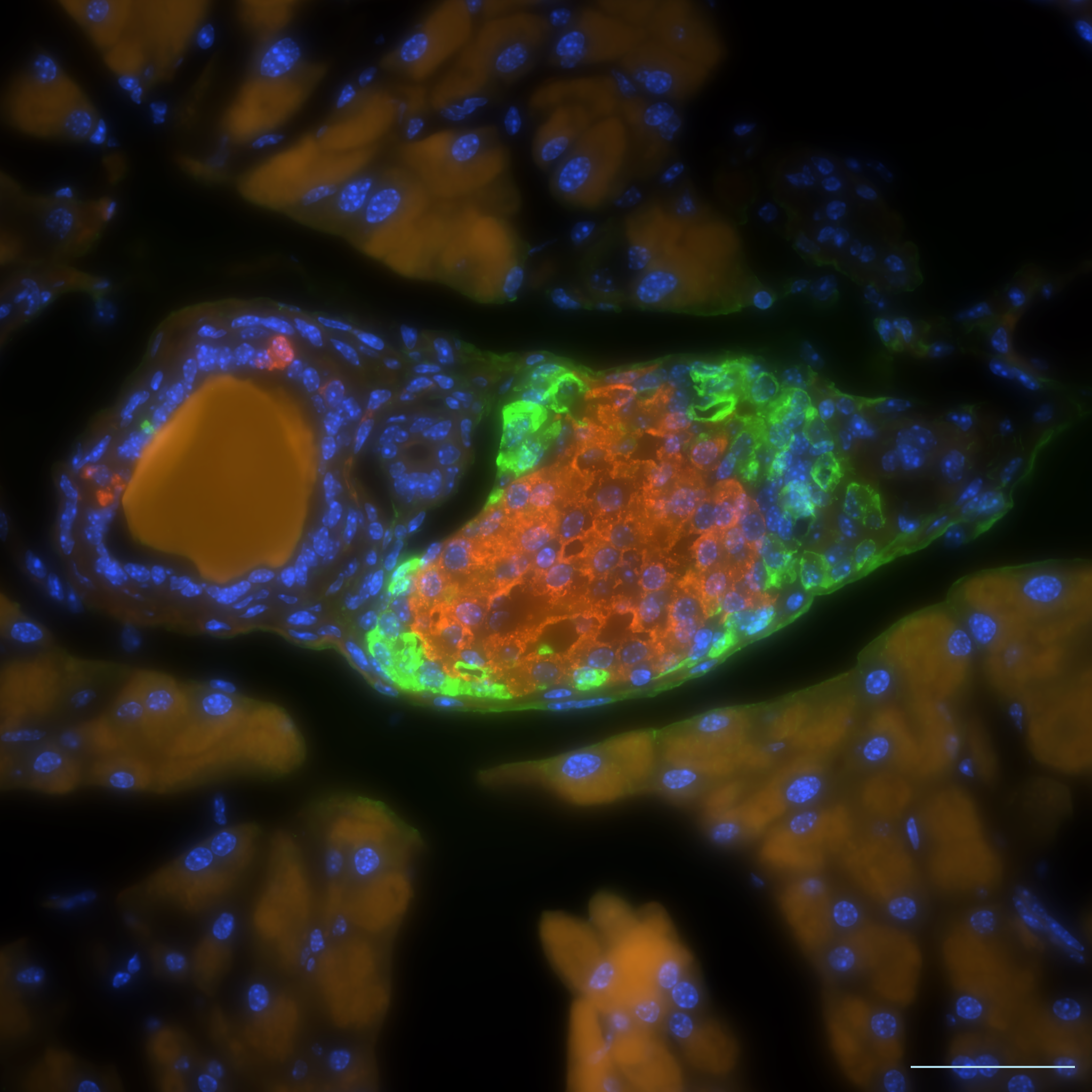 While it is becoming increasingly difficult to get funding for basic research, you seem to be doing very well, being granted both a Sapere Aude and a NNF grant a few years back, and now also the ERC starting grant – what , do you reckon, is the key to your success?

"I think that is difficult to answer. It is probably a combination of several things: Being in the right place at the right time is one thing. Another thing might be that the alpha cells and glucagon are becoming a hot topic. It is increasingly recognized that glucagon plays a role in metabolic disease. Yet our understanding of alpha cell function is limited, and especially the molecular mechanisms that regulate glucagon secretion is widely debated. We attempt to ask interesting questions about basic molecular mechanisms in, what we think is, a physiologically interesting cell type".

It is a pleasure to see this new group of bright minds at the start of their careers, set to take their research to new heights. I cannot emphasise enough that Europe as a whole - both at national and at EU level - has to continue to back and empower its promising talent. We must encourage young researchers who are led by sheer curiosity to go after their most ambitious scientific ideas. Investing in them and their frontier research is investing in our future.”

Which fundamental questions do you aim at answering during the project period?

"While the ultimate goal may be to cure diabetes and metabolic disease, it is difficult to develop novel treatment strategies in the future, without understanding the basic mechanisms that underlie processes like glucagon secretion.

We think that glucagon secretion from alpha cells, is regulated by several mechanisms - which are all, to some degree, driven by changes in circulating blood glucose levels. Some are intrinsic, meaning it is the direct effects of glucose on the cells. Others are thought to be indirect, through effects on different cells that release other hormones. By gaining insight into the mechanisms, through which the direct and indirect pathways regulate glucagon secretion, we hope to understand which is more important.

But there are still a lot of unknowns and by exploring intracellular signalling we will hopefully reveal a lot of novel alpha cell biology – and how these mechanisms impact glucagon secretion and physiology".

Will the results of your project have implications for society?

"Glucagon is famous for its role in the counter-regulatory response to low blood glucose, where it stimulates glucose production in the liver. But the hormone also plays an important role for amino acid and fatty acid metabolism in the liver. While we do not completely understand how or why yet, glucagon seems to play a central role in the development of metabolic disease. Both type 2 diabetic and obese patients have problems controlling secretion of glucagon from alpha cells, resulting in elevated circulating glucagon levels. This seems to contribute to the development of hyperglycaemia and metabolic disease. How? We do not know yet, but understanding alpha cell function and how control of glucagon secretion becomes impaired, will be an important step towards treatments and improved lives for those living with T2D or obesity".