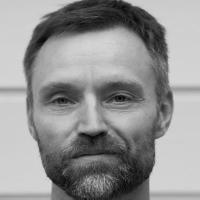 Jacob B. Hansen joined the Faculty of Health Sciences in February 2005. Before that he carried out 3-4 years of postdoctoral training at the Netherlands Cancer Institute in Amsterdam working mainly on directed differentiation of gene-targeted embryonic stem cells. Jacob obtained his Ph.D. in molecular biology from the University of Southern Denmark in 2001. His Ph.D. project dealt with functions of peroxisome proliferator-activated receptors and the retinoblastoma protein in fat cell (adipocyte) differentiation. His work at the Department of Biomedical Sciences focuses on identification of novel molecular determinants regulating white versus brown adipocyte differentiation as well as factors contributing to mitochondrial respiration and biogenesis during adipose conversion.

May 2011-present
Associate professor at the Department of Biomedical Sciences, the Panum Institute, University of Copenhagen.

February 2007-April 2011
Assistant professor at the Department of Biomedical Sciences, the Panum Institute, University of Copenhagen.

February 2005-January 2007
Research assistant professor in the Diabetes and Stem Cell Group at the Department of Medical Biochemistry and Genetics, the Panum Institute, University of Copenhagen.
Supported by the Carlsberg Foundation.