Drug resistance of Influenza A against antivirals is an increasing problem. No effective Influenza A drugs targeting the crucial viral protein, the proton transporter M2 are available anymore due to widespread resistance. Thanks to research efforts elucidating M2 protein structure, function and inhibition mechanisms, drug design studies were recently able to achieve successes in finding new potent inhibitors, some of which are even able to inhibit resistant M2 variants. Effective and robust methods for measuring M2 activity on the other hand are still scarce and tactics to assess the genetic barrier of new inhibitors as well as resistance development non-existent. Therefore we developed a fluorescence sensor based assay that directly measures proton conduction (pHlux assay) and combined it with an already established directed evolution selection and screening system of M2 to identify possible resistance escape routes from drug inhibition. We thereby were hopefully able to provide a platform for the large-scale evaluation of M2 channel activity, inhibitors and resistance. 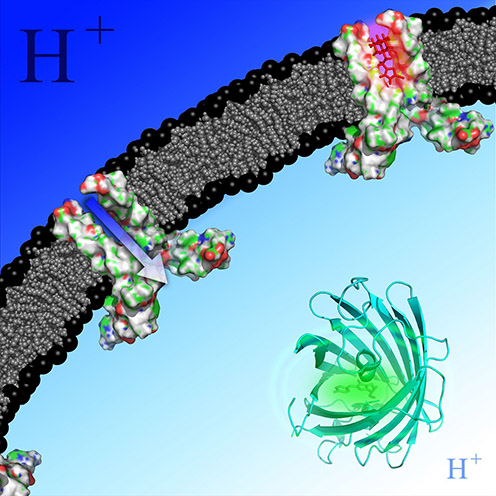