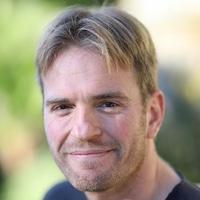 Multicellular organisms have evolved organs and tissues with highly specialized tasks. The function of each organ is modified by local clues and systemic signals derived from other organs to ensure a coordinated response accommodating the physiological needs of the organism. The intestine, which represents one of the largest interfaces with the external environment, plays a key role in relaying environmental inputs to other organs to produce systemic responses. In turn, the gut is subject to multiple regulatory inputs from the brain, muscles, liver and adipose tissues. At steady-state turnover rates, the human intestine undergoes complete self-renewal every 4-5 days, a process which is highly accelerated in response to damage of the gut epithelium. This capacity for self-renewal relies on the proliferative activity of the intestinal stem cells (ISCs), which is tightly coupled with cell loss to maintain intestinal homeostasis. ISC proliferation is controlled by multiple local and systemic signals released from neighbouring cell populations (the ISC niche) and non-gastrointestinal organs. Despite the physiological divergence between insects and mammals, studies have shown that flies represent a model that is well suited for studying stem cell physiology during ageing, stress, and infection.

The fly gut is comprised of four types of cells: the absorptive Enterocytes (ECs), which make up the majority of the gut epithelium, the ISCs that are embedded basally throughout the epithelium, the secretory Enteroendocrine (EE) cells, and the visceral muscles surrounding the gut. As a functional approach to identifying local and systemic signals controlling intestinal homeostasis, our team uses RNAis to knock down all genes encoding secreted peptides in the ISC niche (ECs+EEs+VMs) and all genes encoding receptors in the ECs and VMs. These functional screens aim at identifying novel intra- and inter-organ circuitries allowing communication between the gut and other organs to provide organismal health. Identifying paracrine stress signals required for ISC-dependent tissue self-renewal is of particular interest, since the same signals tend to initiate colon cancers in predisposed individuals. In addition, our research focuses on identifying gut-derived signals that couple changes in environmental inputs, such as nutrient availability, with systemic changes in feeding behaviour, energy balance, and metabolism. Identifying these signals is of importance, as dysregulation of signals coupling nutrient sensing in the gut with systemic metabolism represents a strong risk factor for human obesity and the associated metabolic complications. Since large-scale functional approaches are not feasible in vertebrate models, the identified signals could reveal novel couplings contributing to mammalian gastrointestinal (GI) homeostasis and disease.

The team is also interested in role of Tumor Necrosis Factor (TNF) signalling in intestinal homeostasis and disease. Whereas, excess TNF-alpha signalling induces apoptosis and contributes to GI pathologies in humans, it is also a critical protective factor promoting GI homeostasis following injury. Flies represents a convenient model for studying the complex role of TNF/TNFR signalling in GI disease in vivo due to lack of redundancy in downstream effectors. We previously showed that the fly TNFR, Grindelwald, is activated by the unique fly TNF ligand, but also in a ligand-independent manner in response to loss of cell polarity. We are currently investigating the contribution of ligand-independent TNFR signalling to gut homeostasis and disease. This could prove useful for the future design of anti-TNF therapeutics, since the current anti-TNF therapeutic regimes aiming at preventing the binding of TNF-alpha to its receptors, have proved inefficient in a significant number of patients with inflammatory bowel disease (IBD).