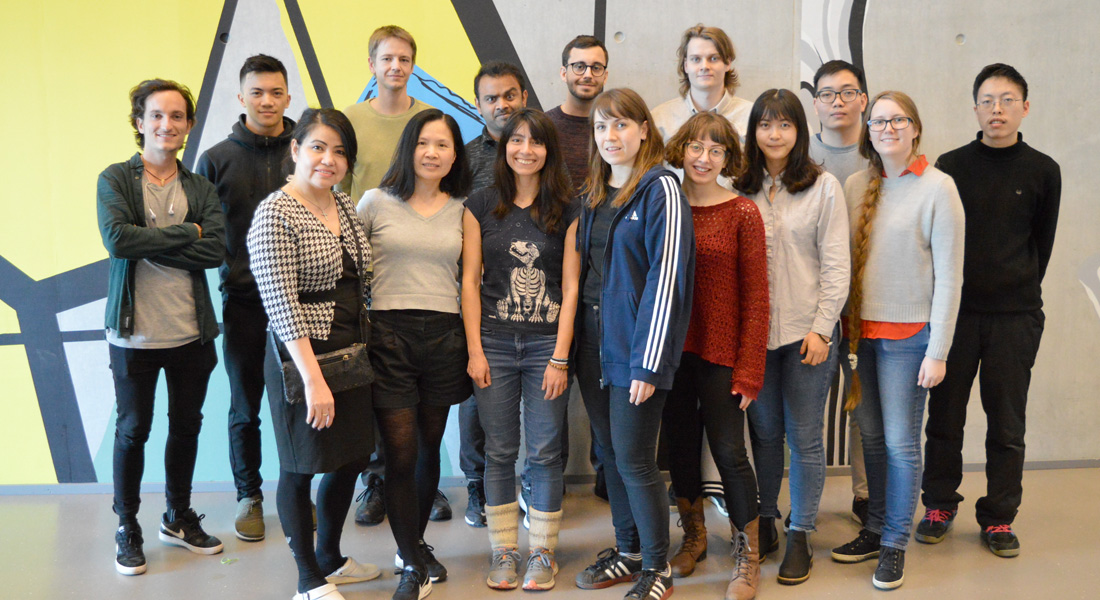 Our research goal is to understand the arms race between prokaryotes and their viruses. The model systems employed in the laboratory include, but not limited to, hyperthermophilic archaeon Sulfolobus and the invading genetic elements such as viruses and plasmids. Our research is focused on:

Nowadays, the Microbial Immunity Laboratory is aimed to understand the arms race between prokaryotes and their viruses by studying the archaeal life cycle, antiviral defense mechanisms including CRISPR-Cas immunity and its interaction with other cellular processes, and counter defense mechanisms such as anti-CRISPR proteins. Prokaryotes suffer high selection pressure from predation by viruses, which are the most abundant entities on the planet and are highly dynamic 1. Consequently, bacteria and archaea have evolved or acquired through horizontal gene transfer (HGT) several strategies for defending themselves against virus predation —among other invasive mobile genetic elements—, and that can act at every stage of its life cycle. However, owing to the characteristically high mutation rates, genomic plasticity and elevated multiplication rates of viruses, a rapid escape from the aforementioned antiviral defense strategies is commonly observed in viral communities 2. The model systems employed in the laboratory include, but not limited to, hyperthermophilic archaeon Sulfolobus and the invading genetic elements such as viruses and plasmids.

Many novel archaeal viruses have been characterized over the past few years especially for the crenarchaea. They exhibit a wide range of morphotypes some of which are exclusive to archaea. Together with David Prangishvili's laboratory, now located at the Pasteur Institute, Paris, we have sequenced and analysed several of the viral genomes 3,4. The results reinforce the special character of archaeal viruses and most have now been classified into eleven archaeal viral families which include spindle-shaped and enveloped Fuselloviridae (SSV1, SSV2, SSV3, SSV4, SSV5, SSV6, SSV7, SSVk1, SSVrh and ASV1), lipid-containing filamentous and enveloped Lipothrixviridae (SIFV1, SIFV2, TTV1, AFV1, AFV2, AFV3, AFV6, AFV7, AFV8, AFV9), rod-shaped unenveloped Rudiviridae (SIRV1, SIRV2, SIRV3, SIRV4, SIRV5, SIRV6, SIRV7, SIRV8, SIRV9, SIRV10, SIRV11, SRV, ARV1, ARV2, SBRV1), spherical Globuloviridae (PSV, TTSV1), bearded-droplet-shaped Guttaviridae (SDNV), bottle-shaped Ampullaviridae (ABV), two-tailed Bicaudaviridae (ATV), bacilliform Clavaviridae (APBV1), turreted icosahedral Turriviridae (STIV), Spiraviridae (ACV) and polyhedral Portogloboviridae (SPV1). The novel viruses GEP1 STIV and STSV1 remain unclassified. All these viruses carry double-stranded DNA genomes, either circular or linear, and infect hyperthermophilic crenarchaea of the orders Sulfolobales or Thermoproteales 5,6. At present, we know very little about the mechanisms of host infection/extrusion, viral DNA replication and packaging, or about virus-host relationships in general. Several studies are currently underway on the molecular structures and functions of these viruses in different laboratories, and our own, with considerable progress being made on protein crystal structure analyses.

This centre  has gained more insight into the replication process of linear dsDNA viruses with covalently-closed ends, and discovered how the well studied SIRV2 reinitiates strand-displacement replication consecutively from a single parental template, leading to the formation of large replication intermediates 7. Besides, we were the first to report the formation of a viral replication focus in archaeal cells 8, analogous to different eukaryotic viruses and several bacteriophages. We are focused and contribute to the functional characterization of many of the hypothetical viral proteins.

One of the most prevalent defense strategies in hosts, Clustered regularly interspaced short palindromic repeats and their CRISPR-associated proteins (CRISPR-Cas), is an adaptive immune system that is widely spread in prokaryotes and is employed for destroying invading genetic elements by an RNA-guided interference mechanism 9–11. Our laboratory has identified the protein which specifically binds to crenarchaeal repeats 12 and the processing products of the cluster-encoded transcripts from each DNA strand 13. We have exploited bioinformatic approaches 14,15 and genetic experiments, to understand the dynamic interactions between chromosomal clusters and extra-chromosomal elements. Moreover, we have identified the means by which subtype I-A interference gene cassette is transcriptionally regulated in the archaeon Sulfolobus 16. Currently, type I-D and III-B CRISPR-Cas systems from S. islandicus LAL14/1 are being characterized.

In response to CRISPR-Cas immunity, genetic parasites counterattack by escaping targeting via mutation or the expression of proteins specifically dedicated to inactivating the host´s adaptive immune system. These proteins, known as Anti-CRISPRs (Acrs), have only been discovered in a limited number of viruses to date, although growing evidence points towards the idea that the true diversity of Acrs still remains greatly uncharted, and that perhaps antagonists have evolved against all CRISPR-Cas systems. This laboratory has been the first in discovering an anti-CRISPR in archaeal viruses and the first against CRISPR-Cas type I-D system, using SIRV2 as a virus model 17. The protein product of this gene (AcrID1) was shown to exhibit anti-CRISPR activity against subtype I-D, interacting with and blocking Cas10d protein, the target-cleaving nuclease required for the interference stage.

More recently, a second acr gene was discovered in SIRV2’s genome, which inhibits subtype III-B and I-A CRISPR-Cas systems (Bhoobalan-Chitty, unpublished). The deletion of this gene totally abolishes infectivity in a functional III-B CRISPR-Cas host, and additionally, reduces infectivity in a functional I-A CRISPR-Cas host by more than 104-fold, although the virus still presents a certain degree of resistance against I-A immunity. The discovery of a second AcrIA (Mayo-Muñoz, unpublished) reflects how SIRV2 is fully protected against the CRISPR-Cas systems present in its host. Numerous homologs of these acrs have been found across the Rudiviridae family.

Genetic engineering of viruses has generally been challenging, and this is also true for archaeal rod-shaped viruses, which carry linear double-stranded DNA genomes with hairpin ends. In our laboratory, an Acr-based and CRISPR-based viral genome editing tool has been developed for the first time in the Archaea domain 18. The acrID1 was repurposed as a selection marker to genetically modify SIRV2’s genome, including knocking out one essential gene. Moreover, using the CRISPR-based genome editing approach, we successfully deleted all the remaining accessory genes of SIRV2, which yields a viral genome formed solely by core genes of the 11 SIRV viruses. Both the Acr-based and the CRISPR-based genome editing approaches were shown to be effective. The results provide a good basis for the future functional study of SIRV genes including the identification of new Acrs and the study and characterization of the numerous hypothetical viral proteins. The concept is applicable to other virus-host systems in both Bacteria and Archaea.

Archaea and the Third Domain of Life

The biology of organisms that grow optimally under extreme conditions has been of considerable interest in recent years and especially of those organisms thriving at extremes of temperature, pH or high salt concentrations. Most of these organisms are Archaea not Bacteria or Eukarya. 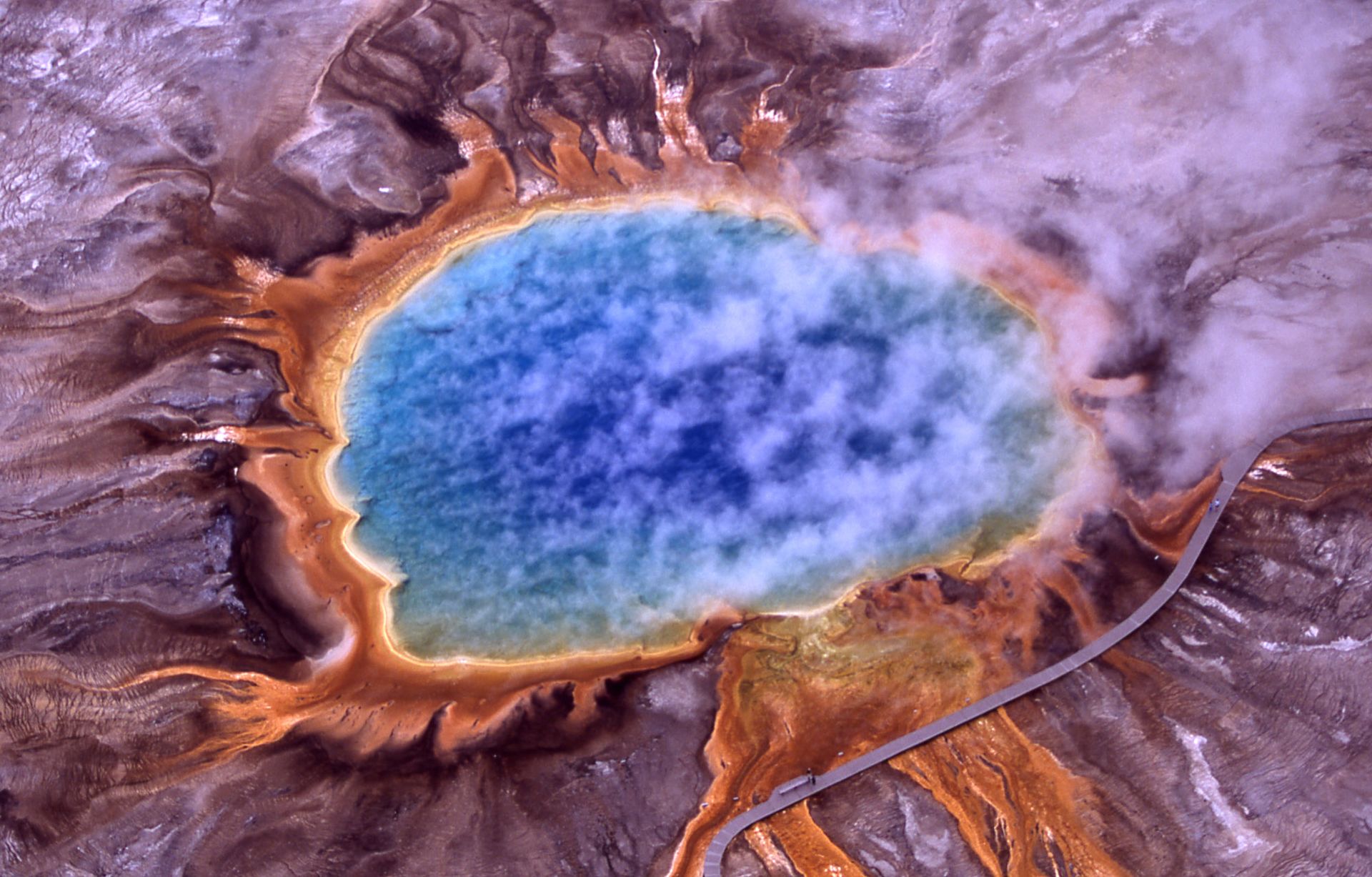 Although Archaea are likely to constitute at least 20% of the planet's biomass, and to exert a major influence on the biosphere, less than 0.1% of Archaea have been cultured and characterized. At present we are rapidly increasing our knowledge about the cellular molecular biology, biodiversity and evolution of the Archaea, complementing studies on Bacteria and Eukarya which have both been studied extensively, albeit very selectively.

This centre has a long term basic research program focused on understanding the basic molecular and cellular biology of Archaea and in characterising their archaea-specific and many proto-eukaryotic cellular mechanisms and processes. We have been working with members of the crenarchaeal hyperthermophilic Order of Sulfolobales as model organisms and with the euryarchaeal extreme halophilic genus Haloferax. Much of the current research is genome-based exploiting in-house developed genetic systems. Our major current interests (described here) extend from characterising the diverse archaeal viruses which, morphologically and genomically, are quite distinct from bacterial and eukaryal viruses to archaeal enzymes which are are useful for biotechnological and industrial processes because of their high stability to extremes of temperature, pH and salt. 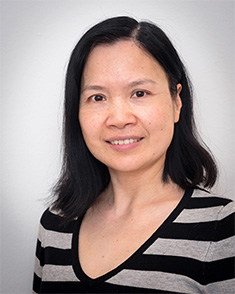 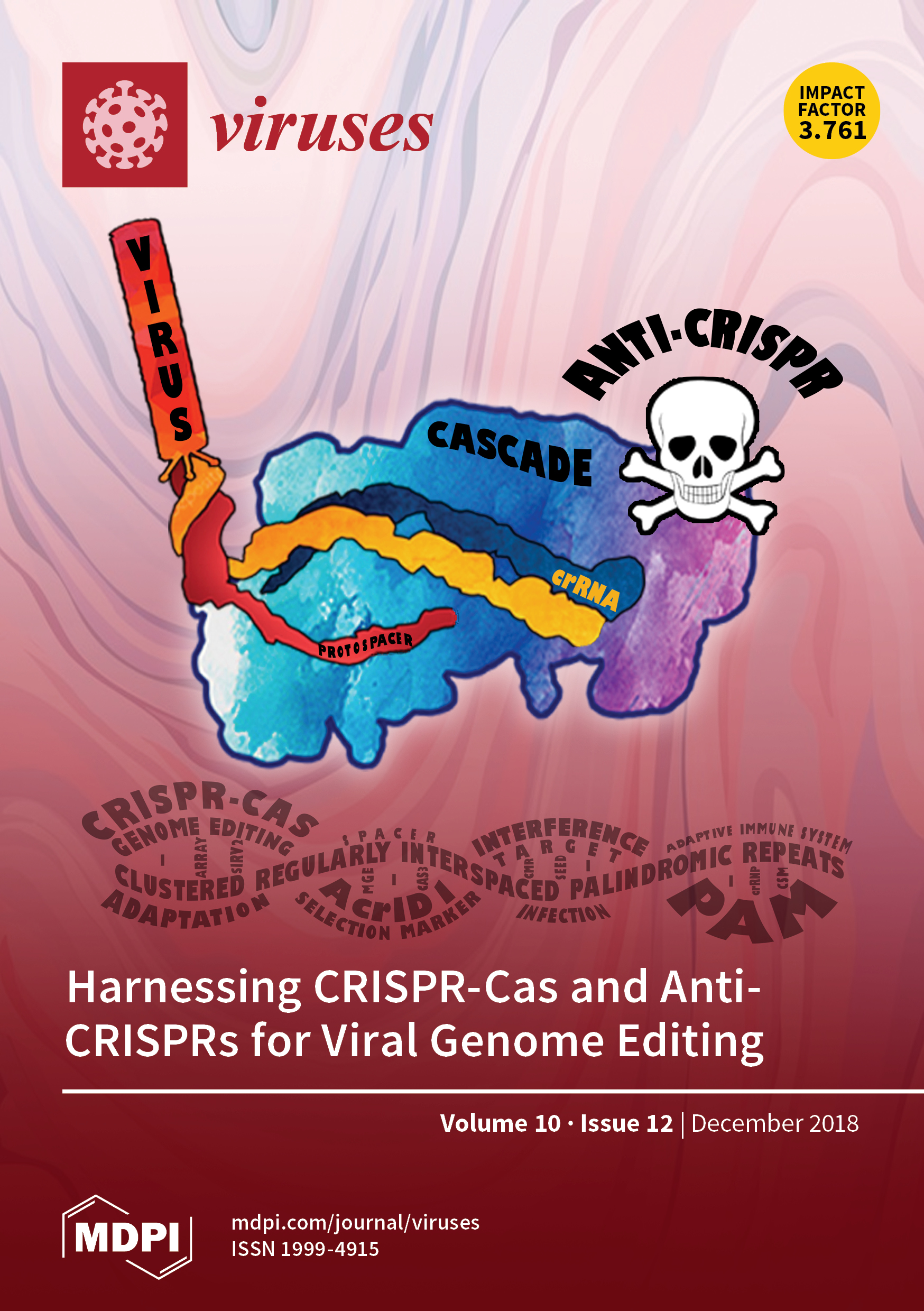